Is there a list of active monero full nodes?

Is there a list of active Monero full nodes?

Something like Bitnodes for Bitcoin that maintains a list of IP addresses for currently active Monero nodes.

Nodes are aware of the nodes that they are connected to and can request a list of peers from those nodes. These lists can identify a many nodes, but a significant number will always be missed. Some nodes are only online part time, may have closed ports, or frequently change IP addresses, making accurate tracking more difficult. Monero Hash attempts to track Monero nodes but is not aware of all of them as explained by Riccardo Spagni in a recent interview on Bitcoin Uncensored:

Monero Hash tracks nodes, but they don't track every single node. Its not like they are plowing through nodes like chain analysis would, trying to enumerate them. As an example they track 1 node in South Africa, but I am running two and I know two other people that are running full nodes here. So the fact that are only tracking one South African node means they are not tracking everything. They are tracking like 400+ full time nodes that are instantly accessible with open ports. Probably 2-3 months ago we were sitting on 100-125 nodes.

There are some resources I know about for tracking this information. As Smart Kid already mentioned, these are not complete lists, though they may give you a good idea. 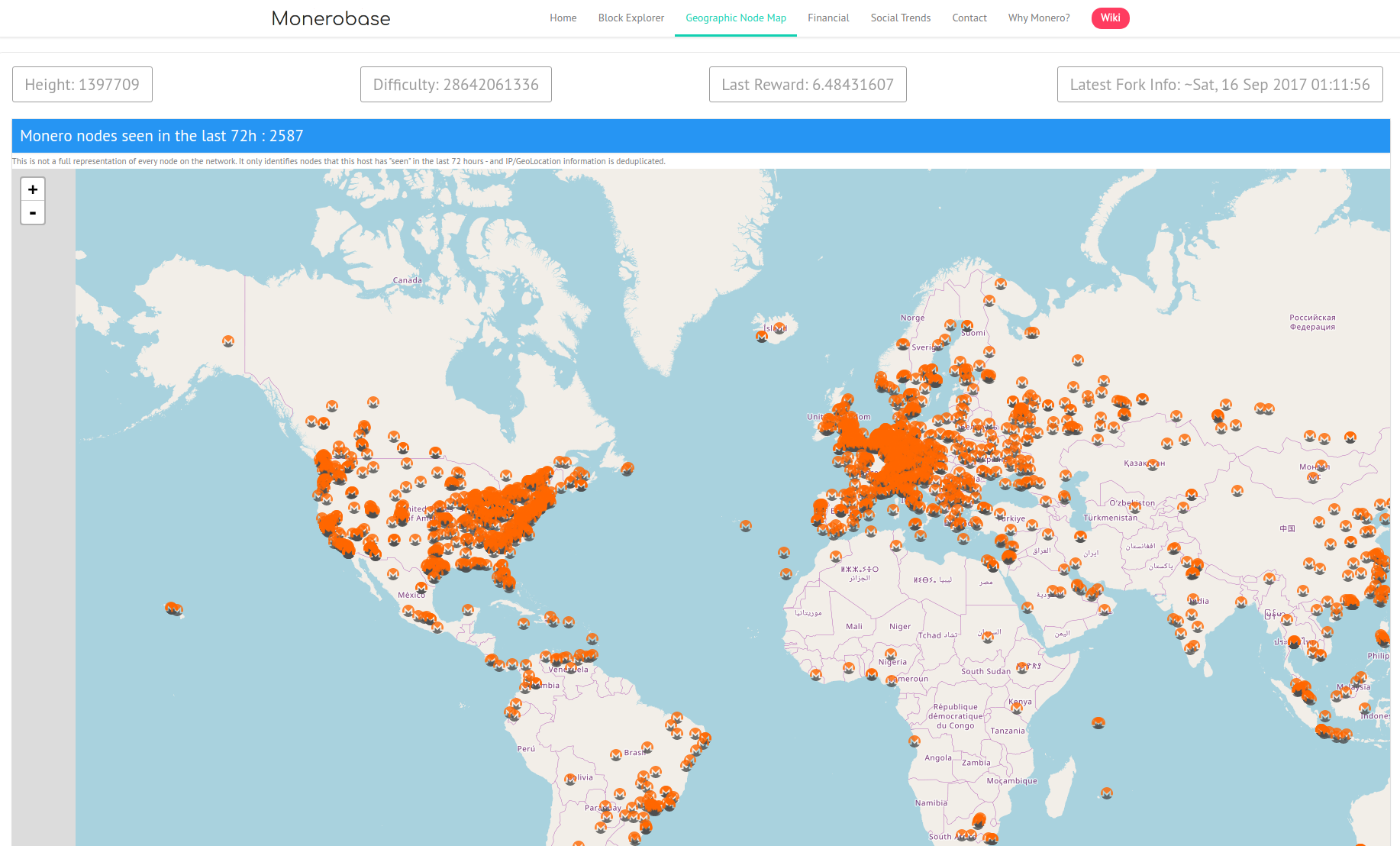 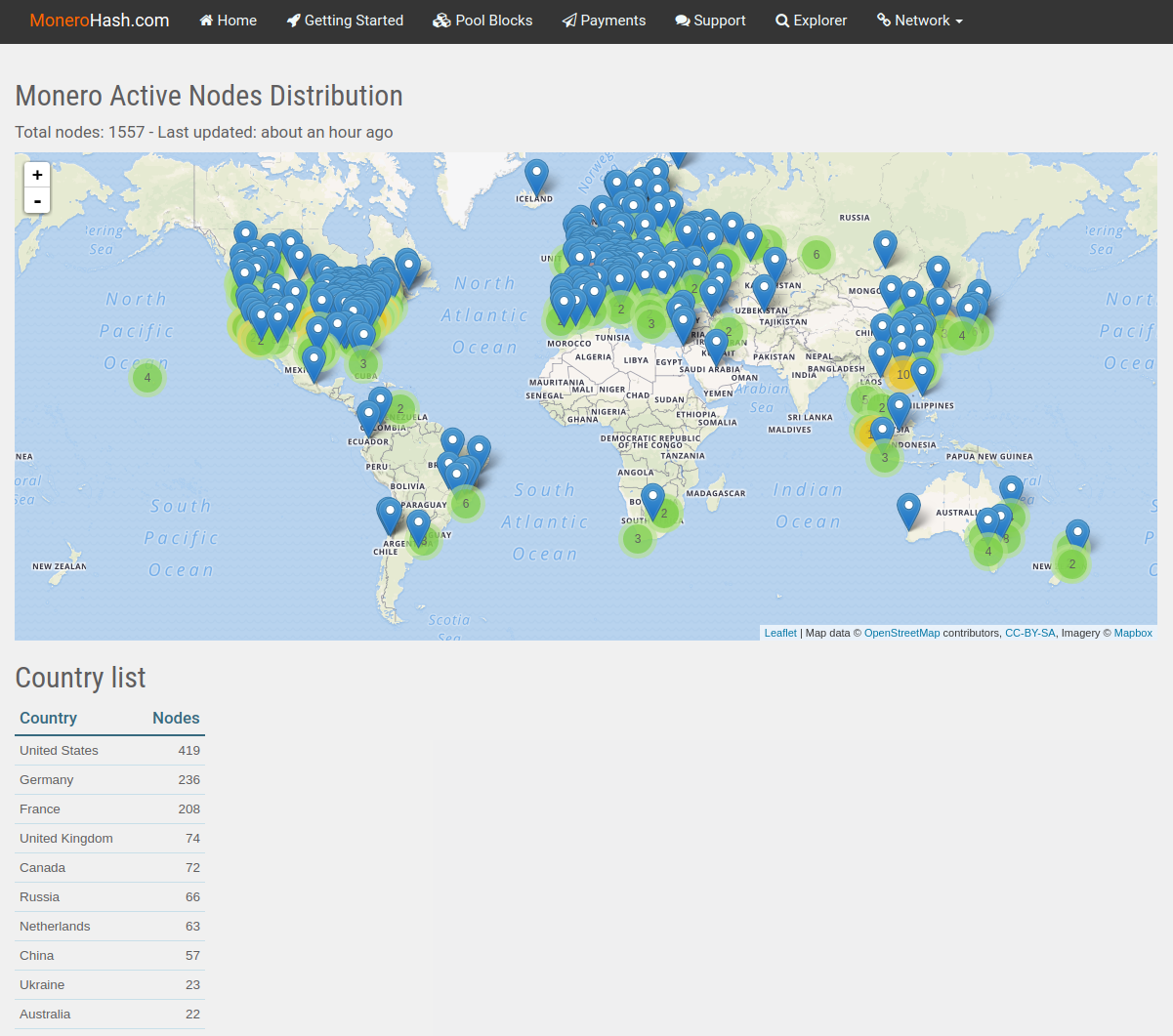 This website lists all the Monero nodes with RPC open.

Not the answer you're looking for? Browse other questions tagged monerod full-node p2p monero-hash or ask your own question.

17
How do the Monero nodes find each other?

6
Downloading Monero updates using the existing Monero P2P network
12
Usefulness of an intermittent full node
5
Are alternate Monero full nodes possible?
11
Can we practically compensate full nodes
7
How do full nodes vs miners secure the network differently?
2
Different symbols in monero full node map
2
How many active nodes currently are there mining daily in monero？
1
How do you setup a node to communicate with other nodes only over an anonymous network?
1
How does Dandelion work on old nodes?