OK, I add image for clarity: 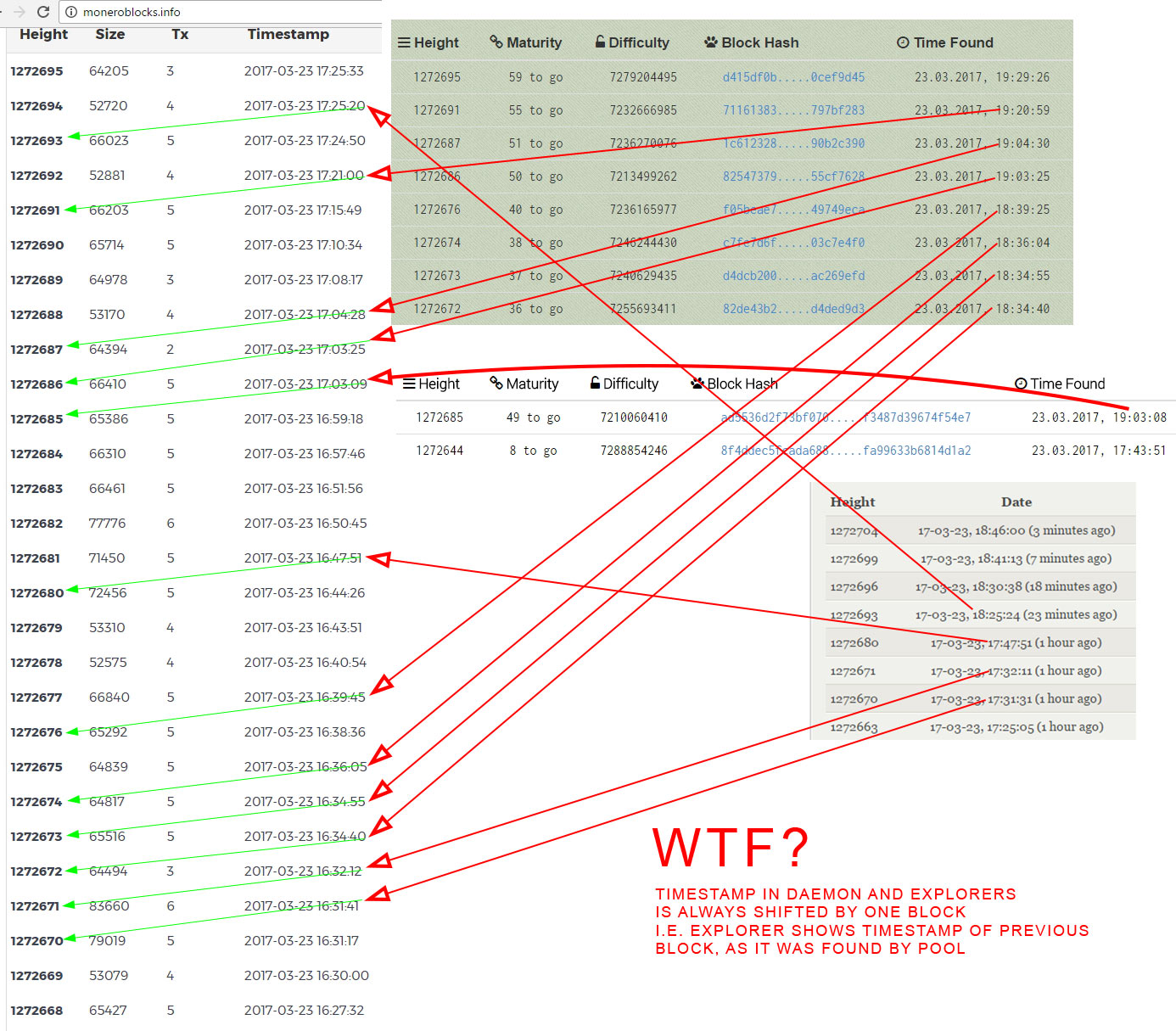 You did not mention which pool or block explorer you are using but the answer is likely related to two things:

Also, your image has too many arrows and I have no idea what you're trying to communicate, but you also might be observing the time stamping attack that some miners might use to gain an advantage, maybe. And I can't stress the maybe and the might. Basically, i've read somewhere that its possible to game the algorithm for the difficulty adjustment by modifying the timestamp.

The amount of ambiguity in this answers means its a horrible answer but I'll post it anyway because maybe someone will get funneled down a good rabbit hole.

Not the answer you're looking for? Browse other questions tagged mining-pools block-explorer or ask your own question.

9
What is the block maturity value seen in many pool interfaces?
3
Can monero-wallet-cli tell me the one-time public keys (outputs) that belong(ed) to it?
1
Where is the public key/output for the miner reflected on the blockchain?
7
Miner publishes a block to the network with a lag
0
I can't setup a monero pool on current software
1
Having trouble getting Bitcoal network to accept submitblock
1
How to hash a blob from monero pool?
1
Relation between monero jobs (blob) and new blocks
0
Monero block explorer, xmrblocks, build failing
0
Monerod constantly in sync by lagging behind 2 blocks