What advantages does Monero offer that are not provided by other cryptocurrencies?

What are the advantages provided by using Monero compared with other popular cryptocurrencies such as Bitcoin?

Specifically, what unique features does Monero have relating to privacy, PoW security and scalability that is not provided by other leading cryptocurrencies?

It is the only private cryptocurrency in use today which is truly fungible as all transactions are private and created equal. 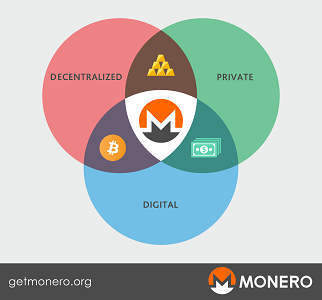 These are the major features that distinguish it from all the rest, on a protocol level:

Other things that are worth highlighting are:

Common to all Bytecoin derived coins

(Aeon uses a smaller cache variant named Cryptonight-Lite. Boolberry and forks use Wild-Keccak, if I am not mistaken)

This will make the transactions amounts completely opaque.

Not the answer you're looking for? Browse other questions tagged security privacy cryptocurrency-comparison scalability bitcoin or ask your own question.

0
What makes monero different from other anonymous coins?
36
Why are hard forks planned every 6 months?
17
How does the dynamic fee calculation work?
20
ELI5: How does RingCT work?
11
How will the ring CT fork be rolled out?
14
How can a business or charity publish proof of XMR reserves?
9
Comparison of Monero and Bitcoin Money Supply and Block Reward schedules
1
What are advantages and disadvantages of Monero's privacy features as compared to Bitcoin?

23
What privacy or security trade offs are associated with not running your own full node?
49
How is Monero compared to Dash?
27
What are the primary differences between Monero and Bitcoin?
12
Number of Monero block explorers and their unique features
9
How does Monero privacy and security compare to ZCoin?
11
Smart contract privacy
4
What is the difference between Monero (XMR) and Grin (GRIN)?
1
What are advantages and disadvantages of Monero's privacy features as compared to Bitcoin?
0
How is CipherTrace tracking monero transactions and what tools are they using?