What altcoins do you see as competitors to XMR in the privacy space?

XMR is obviously king of anonymity, but there will be plenty of innovation in the crypto sector and I think there is room for multiple privacy coins.

There is no legitimate competitor in this space, IRL I would say it's comparable to US minted coins; as they are unserialized and untraceable currency. But USD will eventually be inflated to such a degree that coinage will be irrelevant (we're already there but prices can't adjust due to artificial pressures like interest modulation and QE).

There are a number of forks of XMR that shows some promise, but XMR would be go to standard of a privacy coin. As for non-cryptonote type coins, it can be broken down into these categories from my knowledge:

On chain coinjoin type coins: Dash, PIVX, Ardor, and others

These types of coins still operate on a transparent blockchain layer which can still be analyzed if there aren't enough participants.

Mimblewimble technology shows promise but still very early. They seem to have solved the scaling problem, but the UX needs work as making a transaction requires both parties to be online at the same time.

As for XMR forks, there are quite a number as seen on: 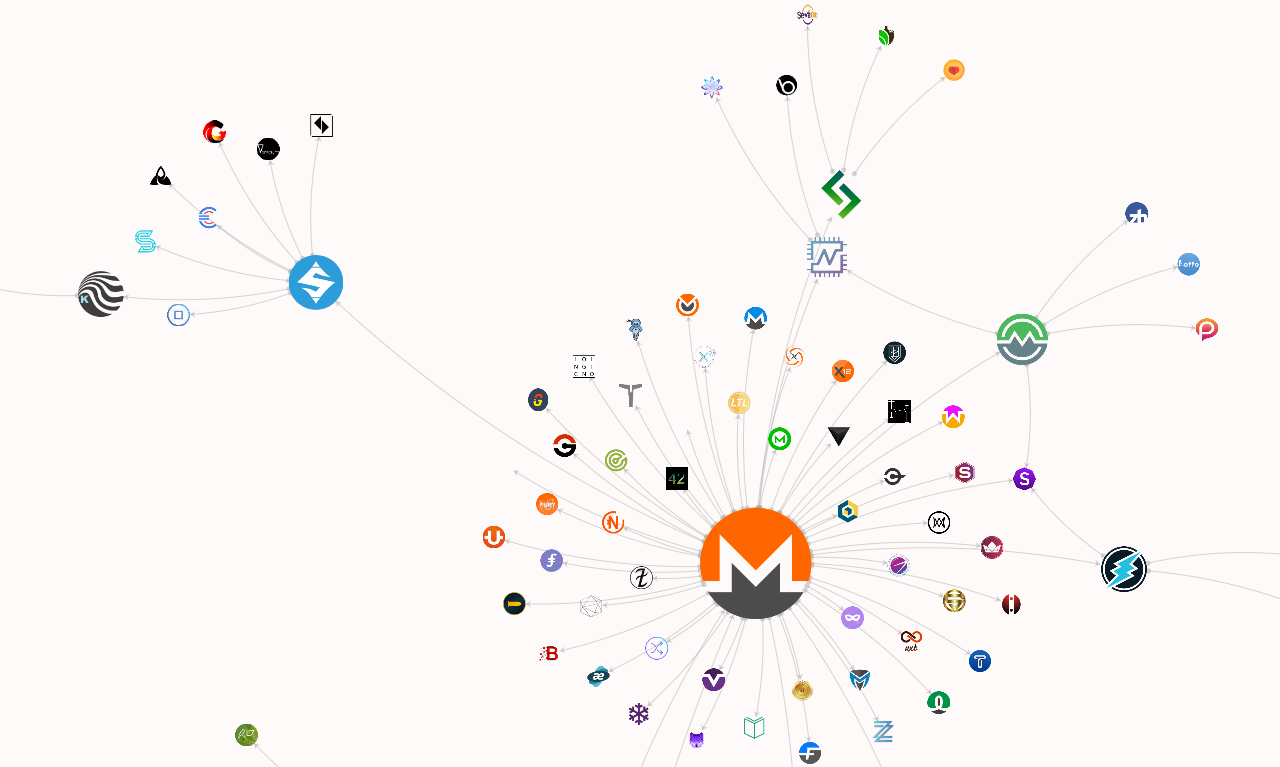 There are many Monero forked coins, which don't provide much value aside from changing the coin supply, emissions schedule, and algorithm, such as: aeon and wownero

Then there are other Monero forks that add other features into the cryptonote blockchain such as: Loki (Oxen)

I haven't gone through all the Monero forked coins to see which ones provide non-standard (coin supply / emissions) features aside from the ones above.

Competition is many as seen above just by looking at the Monero fork chart, but I don't believe anyone of them would over take Monero itself in terms of "market cap". The goal of Monero is to be the "best form of virtual currency" by mimicking the traits of physical gold/silver itself.

It's not a competitor but an accompaniment and it's WOWnero. Larger supply, and long run mining with 50 yr steady coin emission. I like using it. Really cost effective and same utility with adoption. Lots of meme coins with no privacy, with insane supply volume. The other w/ 184 mil and 21 ring sigs.. Where you wouldn't spend XMR you can spend WOW. But you could also save and know it's not gonna boom supply wise. Solo mining* rn too...

Not the answer you're looking for? Browse other questions tagged privacy or ask your own question.