Why is the content of tx different between monero-utils-deserialize and print_block?

I built a private testnet with reference to https://github.com/moneroexamples/private-testnet. When I used monero-utils-desirialize to check the public tx key, I noticed that the displayed tx content was different from the print_block command of monerod.

Then the following tx information was output. 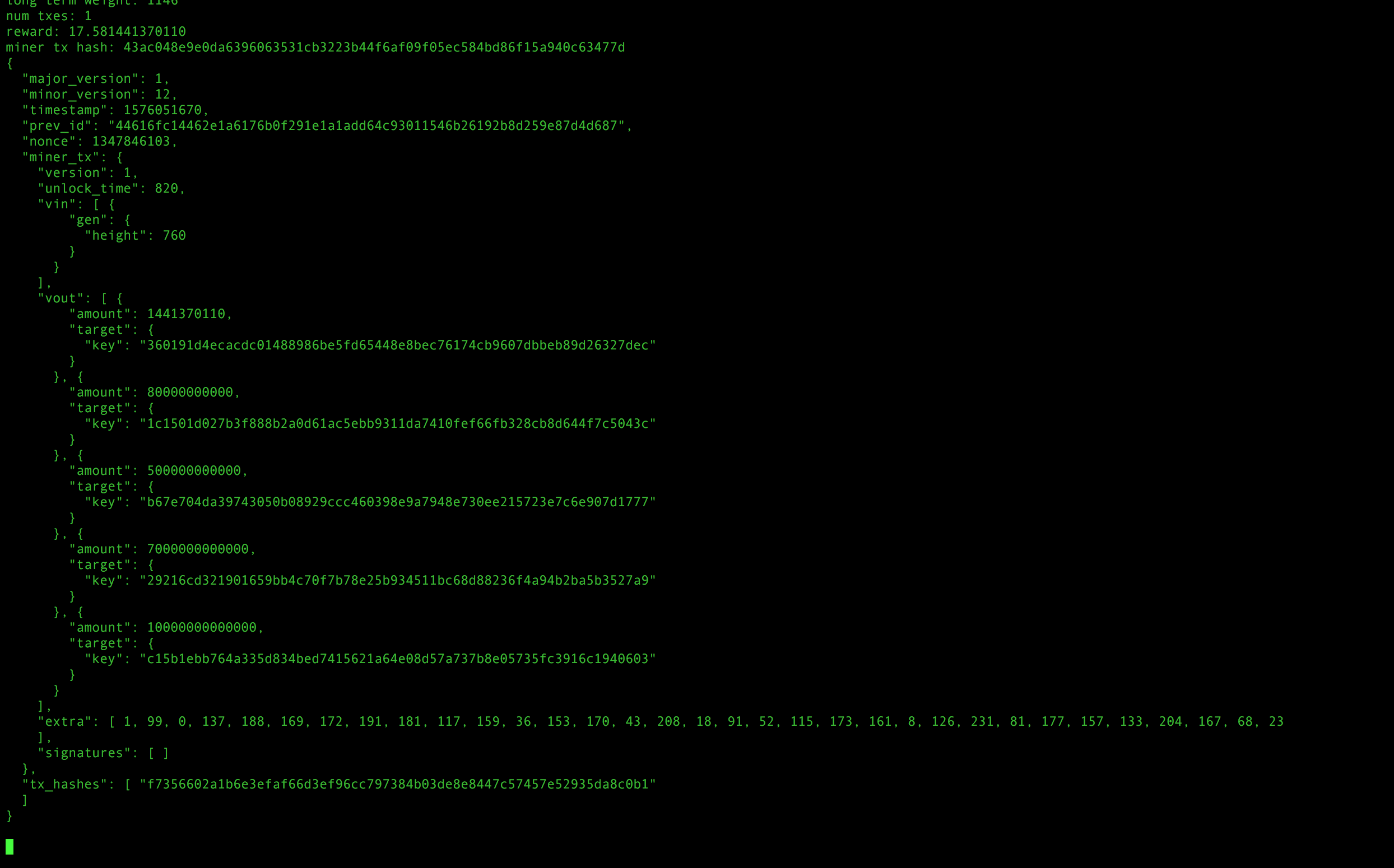 Second, using the output of

I executed monero-utils-deserialize. Then the following was output.

I found that the extra pub key was what I wanted. However, I was worried that the contents of tx were different between print_block and monero-utils-deserialize.

Why is there a difference between the two?

A block is not a transaction. Obviously, if you print different things, you will get different results. This should not come as a surprise.

7
What exactly is the relationship between Monero and I2P
5
What is the best way to pop the top block from the monero blockchain and fix a bad "unknown top block" error in the sync data process?
8
Why is the payment ID specified on a per TX basis?
4
Why isn't communication between wallet and daemon encrypted?
3
Why some coinbase transactions have very long extra field, and some short?
2
Is it easily provable by a third party that the key image used in a transaction is associated with the spent output without revealing the (P,I) pair?
2
What’s the difference between sharding and pruning?
2
Why is the function open_tx executed twice for each transfer command?
0
What is the CLI command to make use of tx_extra field in a transaction? And how does one retrieve this data back on the receiver's end?
0
monero-wallet-cli and monerod has different block height