What is the difference between Monero (XMR) and Beam (BEAM)?

I would like to have a comparison between the privacy and scalability features of Monero vs Beam. I have heard some people say that these are privacy-oriented coins, and I would like to learn more.

Beam authored a similar piece on a comparison between Beam, Monero, and Zcash that I recommend you read here to get a different perspective. I personally disagree with some points, but the high-level details are more or less correct.

Pardon the image, but there is no way to create tables in StackExchange. 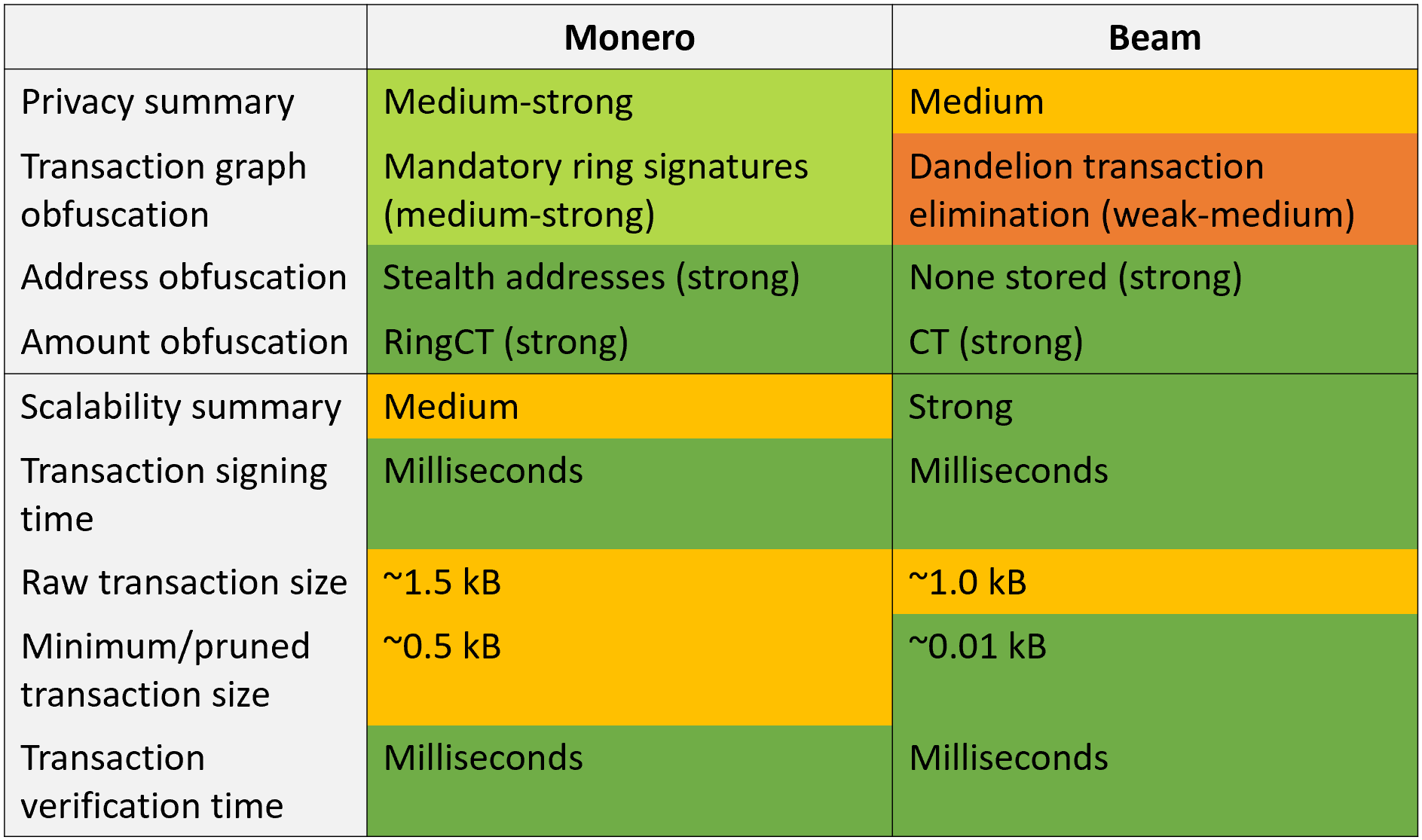 Beam's privacy is best characterized as "Monero with aggressive pruning and no ring signatures." Users who are unable to get access to old information cannot pull up past transaction information by looking at the current ledger state. However, those who receive transactions as they are broadcast can see the inputs and outputs for individual transactions. This effectively indicates whether outputs are spent, something that is not possible with Monero. I argue that the article overstates the privacy protections of "confidential transactions" in Beam. CT is a technology that hides transaction amounts, nothing else. The output transaction graph is hidden through obscurity of information, not anything committed on-chain.

Monero's scalability has improved significantly over recent years. Transaction sizes fell from ~13 kB to ~1.5kB. Monero now supports pruning, allowing users to ignore most of the information for old transactions. Still, Beam allows more information to be pruned, and they prune it much faster.

I did not include network privacy on this chart, since both Monero and Beam provide network privacy. Monero provides support for Tor and i2p, and it later will provide support for Dandelion++. Beam supports Dandelion++, and users can use Tor or i2p if they configure it manually. Transaction network obfuscation is important, but it's less important for most people than graph protection.

I like to think of Monero and Beam as projects that are pushing the privacy and scalability boundaries, each beginning in different positions. Monero is focused on a privacy angle with scalability second, whereas Beam has the opposite focus. 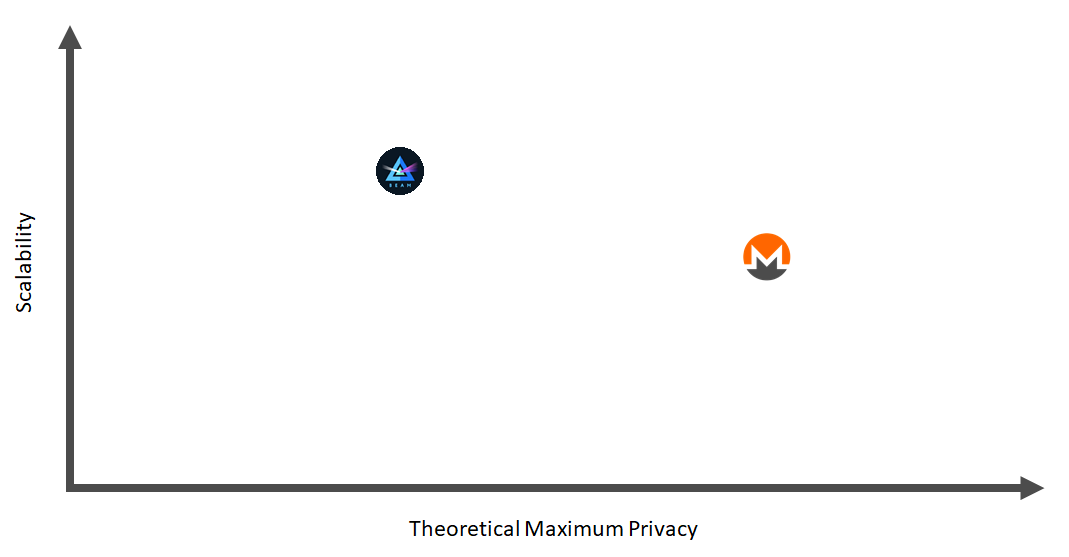 Beam is providing better privacy and much better scalability and IBD time than Monero. During the Dandelion stem phase, before the TXs are broadcasted to the P2P layer, they are being CoinJoined together. This is done by both Grin and Beam. Beam novel addition is the use of Decoy Outputs (Dummy Zero Outputs) which are being added when needed. Those decoys look like any other output in the system and they are totally indistinguishable from other outputs (unlike Monero decoys). They are later being spent at a random block height, so no permanent clutter on the blockchain. This mechanism is very effective in breaking linkability. Beam and Grin are using FlyClient tech to allow extremely fast trust-less sync with the network. It shows on the mobile clients which are unmatched in the space in terms of fast sync without the need for a server size.

Not the answer you're looking for? Browse other questions tagged privacy cryptocurrency-comparison scalability or ask your own question.